Before establishing his consultancy, Mr. Johnson served as Vice President, Development & Communications, for LA’S BEST Afterschool Program, a community organization based in the Office of the Mayor for the City of Los Angeles since 1988. He served both the Villaraigosa and Garcetti Administrations. He maintains close relationships with the Office of the Mayor and the 15 City Council Districts that govern Los Angeles. He also served as the program’s lead staff liaison to the California Legislature and Governor’s Office and he represented the program in its lobbying efforts on Capitol Hill. 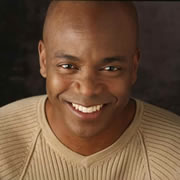